Unconscious Bias in the Workplace 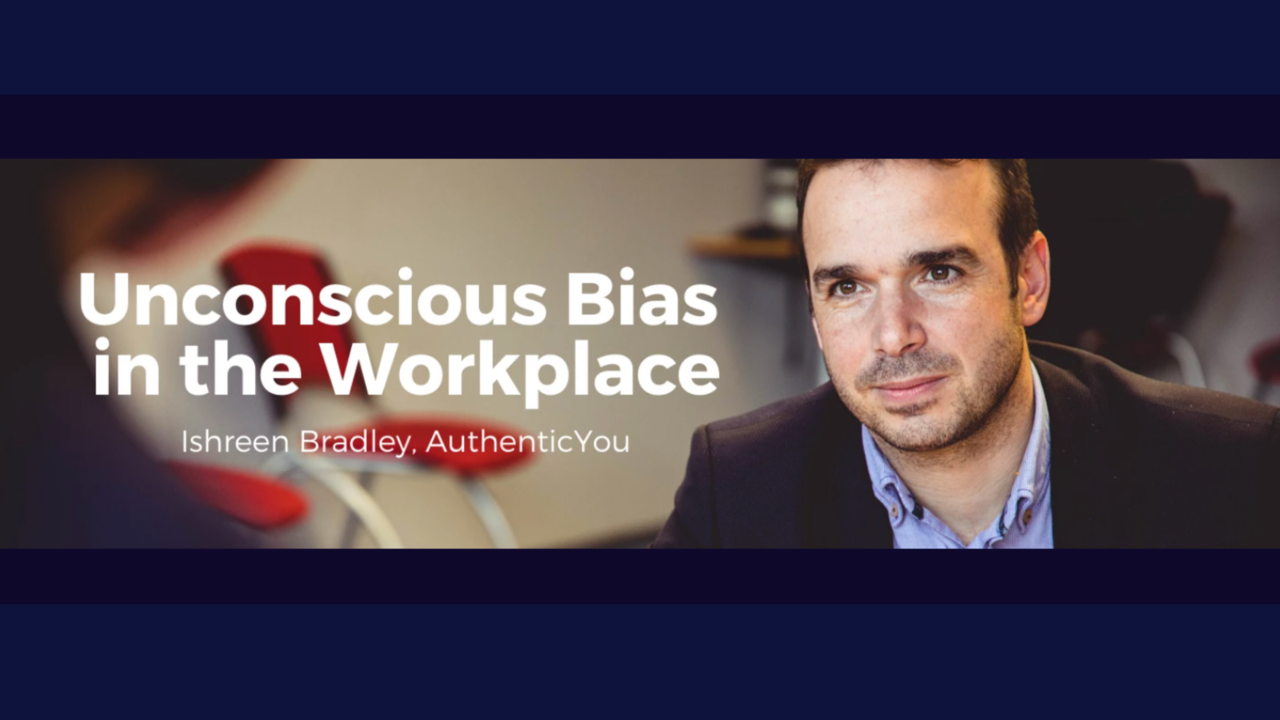 Back in 2016, I was delivering an International Women’s Day Webinar for global recruitment firm Morgan McKinley. Watching one of the clips from the webinar, I was initially struck by the thought that, due to the Equalities Act, my response would be different in 2020.  But the fact of the matter is, if we’re talking about conflict and bias, my approach would be the same.

Webinar participant: “I find that I am coming up against the obstacle that male leaders in the organisation presume that I will be planning to start a family soon and this is getting in the way of my progression.  How do I deal with this?”

“This is clearly unfortunate for young women who haven't had their families yet.  It comes down to understanding your manager’s unconscious bias…think about where they are at and their point of view…where are they coming from?

Often when we know that our manager or people in the organisation are assuming that we will want to start a family we get angry…we get upset.  You may think “well that's not true about… me why are they doing this? it's not true!

The moment you do that your barriers go up, you become resistant and it's very off-putting to the other person.  They feel threatened. They feel that they don't know how to support you because they may be coming from a perspective of ‘I want to help you plan your career given that at some point you might want to have children’ which clearly is a fair thought but if that's not on your mind, it can upset you because you just want to focus on your career.

The trick here is really to be open to their point of view.  Consider that for some managers they have a very narrow view of the role of women.  Their wives may have had careers, but prioritised their husband’s careers after having their children.  It was probably their wives who took time off and some of their wives may never have gone back to work. Some may have gone back to work at a more junior capacity and some may well have gone back to work and been really successful.  That may influence their unconscious about your world and what you want. Their unconscious bias is framed by what they know of the women in their families and that may not necessarily apply to you.

The top tip here: Welcome their point of view don't resist it.  Then have a conversation with them about it. Maybe ask them what makes them think that you will be starting a family in the near term.  BUT ask that question not from a defensive base …ask it from a really curious inquiring place. You may well be surprised at what you hear when you ask them and invite them to share their points of view.  When you take a relaxed, adult-adult approach to the conversation, you will find that they are more open to what you have to say, and you can have an open and constructive conversation about your future goals and career focus.”

Reflecting back, the lesson is still the same.  Whenever you have conflict, either from unstated bias or any other situation, focus on coming from a place of curiosity, rather than judgment or defensiveness.  Seek to understand, rather than defend your position.

Otherwise, the conversation will be shut down and prejudices will go underground.  There are many different angles from which we can tackle this issue.

I am interested in which of those you think would be most effective.